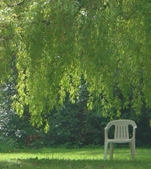 Metaphor is usually treated as a trope of language, as a poetic or otherwise unusual use of words to give meaning. In Icelandic we talk about óeiginleg merking, ‘non-proper meaning’, which may be taken to imply that there is a distinction to be made in meanings between propriety and impropriety. But I shall stick my neck out and maintain that meaning can be neither proper nor improper—or non-proper, if you will. In fact so far from being a trope, or turn, or abnormality of language, metaphor is one of the more visible and thus more easily understandable features of

linguistic meaning, and in exploring the way it carries meaning we can see better what meaning actually is, and how it grows out of words.

Let me repeat:  Metaphor is one of the more visible and thus more easily understandable features of linguistic meaning. I underline this sentence

“Roundabout meaning is much straighter than straight meaning”? I doubt that that would be any clearer; it is at least no less metaphorical.
Examine with me some of the metaphors that make up this sentence. What, to begin with, is “a feature of linguistic meaning”? Does the meaning of language actually have features? Here we could enter into a complicated discussion of whether features of certain phenomena are actually there in the phenomena, or whether we just pretend they are there in order to make elbow-room for discussion—whether, in other words, features are creatures of the argument or real phenomena in their own right (to speak metaphorically of the rights of phenomena). But for the moment let us ignore the epistemological question and turn to the meaning of the words: what is the ‘normal’ meaning of the word ‘feature’?

We could begin by asking where the word comes from. The excellent online Etymological Dictionary, Etymonline, which I urge you to google, tells us that the word entered English in the early 14c from Anglo-French, where it meant ‘something made, a shape or form’; it comes originally from Latin  facere ‘make, do, perform’. By the mid 14c. it had acquired the meaning ‘facial characteristics’, and this is probably now what we might call its ‘proper meaning’. Etymonline tells us (quoting from the Oxford English Dictionary) that in the 1690s we first find that its meaning has developed from ‘shape of the face’ to include ‘any distinctive part’. These developments can only be described as metaphoric; and in fact this is the essence of semantic development. As we use the word in linguistics, then, ‘feature’ is a metaphor.

This explains how a feature can be more ‘visible’: shapes of faces are essentially visible characteristics. But it doesn’t explain ‘understandable.’  How can it be easier, that is to say have more ease (=elbow, according to Bugge) in it, be more comfortable, to stand under this feature than under some other features? How can you stand under the shape of a face? Etymonline, again quoting the OED, points out that under is related to Latin inter and that the Old English verb understandan seems to have had an original meaning ‘to stand among’ or ‘to stand close to’. The Greek verb epistamai ‘I understand’ means ‘I stand upon’; German verstehen ‘understand’ means ‘to stand in front of’. This is really quite a puzzle. Why does none of these languages have a verb that simply means ‘I get your meaning’? Latin says comprehendere, which means ‘to take together, seize’; Icelandic skilja means ‘to split apart, disjoin’ (and so ‘unravel’). There seems to be no literal way to say ‘understand’ in these languages: we must always go back to some material movement, some bodily manipulation. The word metaphor itself means ‘carrying over’, which is exactly the same meaning as translate. Linguistic comes form Latin lingua, ‘tongue’. And even the word meaning itself comes from a root which means ‘to say, to state an opinion.’ To return to my sentence, Metaphor is one of the more visible and thus more easily understandable features of linguistic meaning, we discover that what I am actually saying is ‘Carrying over is one of the more seeable face-shapes of tonguely saying, and thus more comfortable to stand close to.’ So metaphor, carrying-over, translation, is nothing more than meaning, when it comes down to it.  Boiled down to its essentials (to speak kitchen), my sentence really means ‘Saying is a good way of saying.’ You couldn’t get much closer to the truth than that (to speak Tarski).