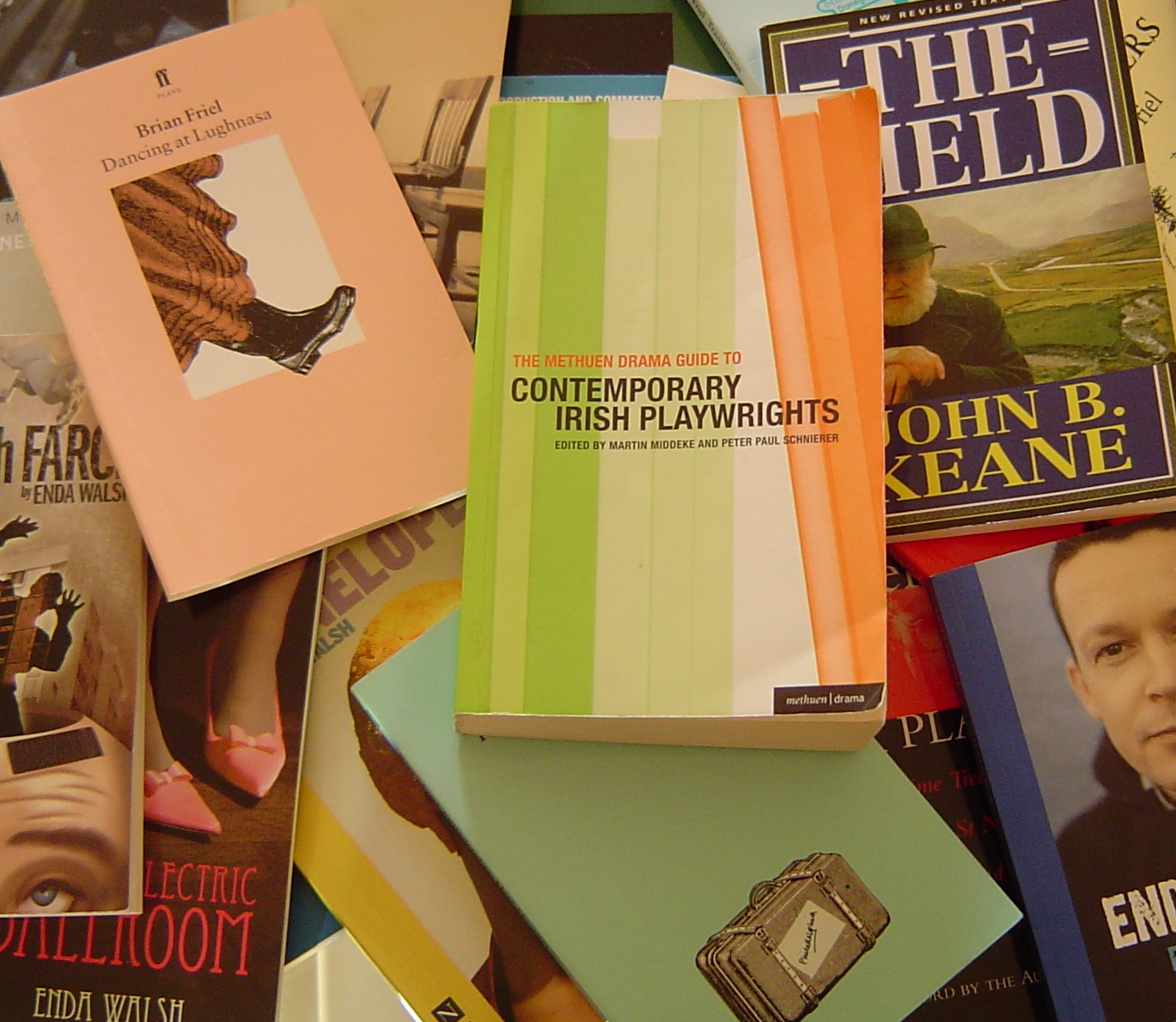 The Methuen Drama Guide to Contemporary Irish Playwrights is an extremely useful introduction to Irish theatre for undergraduate and graduate students who either wish to find recurrent features and themes or would like to get a detailed picture of what Irish playwrights have produced in the last fifty years. Notwithstanding its 460 pages of text, reading this book is a time-saver: it is accurate enough to help students make an appropriate selection of authors and plays that deal with certain topics, or use styles and techniques in which they are interested.

The Methuen Drama Guide opens with a brief introduction by the editors, followed by twenty-five chapters on as many dramatists representative of the last half century, in alphabetical order. Two of the contributions are by the editors themselves, while the remaining chapters are by twenty-three different scholars from Ireland and other countries. Each essay follows the same pattern: an introduction of the playwright in question, including biographical notes and general comments on his or her works, followed by a concise but dense analysis of their most valuable works and a summary of the most important themes and features of the playwright’s productions. Each chapter ends with a bibliography of primary and secondary sources.

Middeke and Schnierer’s introduction outlines the importance of drama in defining Irish national identity. It briefly analyses the most important trends and topics of Irish theatre and introduces the structure of the book. Among the themes identified by Middeke and Schnierer are those of exile, memory and dispossession, which were not only recurrent in colonized Ireland and during the boom period of the “Celtic Tiger,”[2] but are still in evidence today. Topics related to Northern Ireland and the Troubles,[3] which characterized post-colonial plays, have not disappeared in Contemporary plays, witnessing that problems still exist in a time of relative peace. According to Middeke and Schnierer contemporary writers are, however, increasingly interested in questioning institutions such as family, home and church, and in giving voice to feminist issues while experimenting with styles, forms and language.

The essays on individual authors provide meaningful biographical notes on the person who will become a playwright and identify important influences on him or her as a future playwright. The sections dedicated to the plays do not only summarise the plot but also include quotations to allow the reader a better understanding of the characterization, the language and the style that the author uses in each play. In addition there are references to the most authoritative criticism of the different plays and authors, thus introducing readers to aspects that they might wish to examine more deeply, and a bibliography ends each chapter, making it easier and quicker to find references for further reading. Although rich in names and titles, this type of overview cannot be exhaustive, but nothing is completely missing in The Methuen Drama Guide to Contemporary Irish Playwrights: it may be just a word or a sentence on a particular feature of a playwright’s production but it is there for the attentive reader. This is a good guide for quick reference as well as for further analysis.